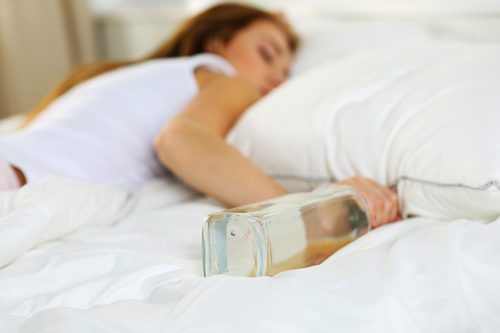 Experiencing “lost time” after a night of drinking is often portrayed in pop culture as a sign of an epic party. The reality is much more sinister. Memory loss related to alcohol consumption can be an indicator of serious substance abuse issues.

What Is a Blackout?

The term blackout refers to the memory loss that sometimes accompanies alcohol consumption. Blackouts can be either temporary or permanent. Someone with a temporary blackout may later remember what happened with visual or verbal cues from others, but a permanent blackout means that memories are unlikely to be recovered.

Someone who experiences a blackout typically has a BAC of 0.15 or higher—which is high enough that alcohol poisoning is considered a real risk. (Remember, 0.08 BAC is considered legally drunk.) However, age, weight, gender, time of last meal, speed of drinking, and type of alcohol consumed can all affect how a person’s body processes alcohol.

Some researchers suggest that using opioids, benzodiazepines, or marijuana with alcohol increases the risk of blackouts. There is also evidence that certain individuals have a genetic predisposition to blackouts while drinking due to differences in how their bodies process alcohol.

A blackout won’t end until a person’s body has processed the alcohol they’ve consumed, and they are able to once again form new memories in the brain. If someone continues drinking while experiencing a blackout, they could be unable to form memories for hours or even days.

What Are the Signs of a Blackout?

It’s not easy for a casual observer to tell when someone is experiencing an alcohol-related blackout because the person will still be awake and interacting with others. They will simply exhibit symptoms of severe intoxication, such as:

Even the spouses of individuals with severe drinking problems often report that they are unable to tell their partner is experiencing a blackout until they discover the memory lapse as they are discussing events the next day.

Why Are Blackouts Dangerous?

Blackouts are dangerous because they cause injury to the frontal lobe of the brain. Over time, this can lead to changes in personality, mood, and behavior even when a person is sober.

Blackouts also increase the risk of negative behavior, such as:

Do Blackouts Indicate a Drinking Problem?

It is hard to say with certainty that someone has a drinking problem based on one factor alone. For example, a blackout that a teenager experiences after experimenting with alcohol at a party could be a one-time case of poor judgment. However, any drinking that progresses to the level where someone is unable to remember the events that have occurred is definitely a cause for concern.

Other signs that suggest an evaluation for a substance use disorder is needed include:

If you are worried about a loved one’s alcohol consumption, do not push your concerns aside. Addressing the issue without shame or judgment can open the door to better understanding. Addiction is a progressive illness, so someone who is in the early stages of alcoholism will not get better without treatment.

At Twin Lakes Recovery Center, we believe that recovery is possible for anyone who is ready to change their life for the better. Our Georgia alcohol and drug addiction treatment center uses a holistic approach to heal the body, mind, and spirit. We encourage clients to use group, individual, and family counseling in conjunction with lifestyle coaching, spiritual direction, and holistic detox to address the underlying causes of addiction as well as any other issues that negatively impact their quality of life. Relapse prevention and aftercare services provide continued support long after residential treatment is completed, thus easing the transition back to independent living.

To learn more about our detox and treatment programs at Twin Lakes, Atlanta alcohol rehab center, please use the convenient contact form.