Is There Such a Thing as an Addictive Personality? 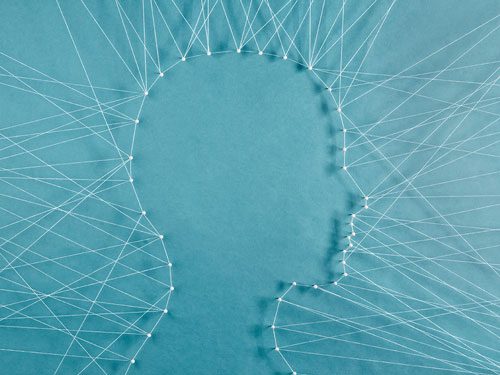 One of the most hotly-contested issues in treatment recovery is whether or not someone can have an addictive personality.

The Long & The Short of It

The quick, rather nebulous answer is “not really,” as “addictive personality” is not a psychiatric diagnosis.

The longer, more complex answer response involves who and what is being evaluated. However, in the general scope of understanding, medical research supports facts which indicate that people who may have other acknowledged mental health conflicts or certain personality traits are prone to display addictive behaviors as well.

The Definition of Addiction

According to the Addiction Recovery Guide, medical experts at the American Psychiatric Association, the American Medical Association, and the Institute of Medicine follow a definitive explanation of addiction as a brain disease:

“It’s the uncontrollable, compulsive drug craving, seeking, and use, even in the face of negative health and social consequences. Addiction is a condition caused by persistent changes in brain structure and function. Both developing and recovering from it depend on biology, behavior, and social context.”

This explanation is supported by extensive medical evidence.

Furthermore, most experts agree that a person can become compulsively obsessed or dependent upon anything, not just drugs or alcohol. This is why some people may have an addiction involving sex, shopping, cigarette smoking or vaping, gambling, food, exercise, gaming, or other substances and activities.

With this definition, not everyone who uses drugs or alcohol becomes addicted, just as someone who goes on a shopping spree after getting a bonus from work isn’t automatically a compulsive shopper.

But addiction is present if behavior devolves toward certain actions, such as:

Medical experts don’t always agree on all points regarding the causes of addiction. Some totally comply with the concept of addiction as a brain disease and treat it as such. Others cite research regarding the role of genetics, environmental influences, personality traits, and learned behavior. In theory, both views are right.

For example, there are studies featuring twins with a genetic pre-disposition to alcoholism but separated at birth and placed in different households. While scientific evidence indicates genes contribute to a 50 percent risk of addiction, if environmental factors, personality traits, and learned behavior don’t trigger compulsive drug or alcohol use, it’s unlikely addiction will occur.

Conversely, if one of the twins experiences abusive trauma; suffers from mental illness; experiments with drugs or alcohol at an early age; is coerced by peer pressure; or is impacted by any other environmental or developmental factor, there’s a greater likelihood that addiction will manifest if the desire to use becomes a compulsion.

Once the affected twin’s brain is altered by the chemical effects of substance abuse, treating addiction as a disease is a more proven route to recovery. Reducing the biological dependency, whether or not the twin experiences physical withdrawal symptoms, is the first step. Then, systematically addressing the other factors through progressive treatment helps this twin regain balance and control of wellness.

Traits or Behaviors That Contribute to Addiction

Again, the medical community doesn’t acknowledge “addictive personality.” In her 2016 book, Unbroken Brain: A Revolutionary New Way of Understanding Addiction, Maia Szalavitz interviewed George Koob, an expert on neurobiology of alcohol and drug addiction, and the director of the National Institute on Alcohol Abuse and Alcoholism. He summarized the issue by saying, “What we’re finding is that the addictive personality, if you will, is multifaceted. It doesn’t really exist as an entity of its own.”

What medical research supports is the acceptance of common characteristics and behaviors that, while seemingly conflicting on the surface, may coexist with addition:

While it might be easier to handle a loved one’s substance abuse problem by saying he or she has an addictive personality, it’s not really the case. As causes are revealed and treatments continue to evolve, it’s more likely that a combination of factors contribute to addiction. There’s hope that once these components are revealed and processed, an individual will develop a greater awareness of his or her risks contributing to addiction and will use comprehensive tools to manage them.

It’s crucial that an effective treatment program for substance abuse involves solutions for treating the whole person, not just the condition. This may require a more individualized plan aptly suited to address all factors contributing to addiction for a successful recovery and sustained lifetime wellness.

To learn more about Twin Lakes drug and alcohol rehab in Atlanta Georgia, please use the convenient contact form.

Other Sources:
The Addiction Recovery Guide: Addiction is a Brain Disease.
WebMD: Do You Have an Addictive Personality?
NIH: Alcohol Use Disorder.
Scientific American: The Addictive Personality Isn’t What You Think It Is.
NYTimes: THE ADDICTIVE PERSONALITY: COMMON TRAITS ARE FOUND.
Indiana University: WHAT ARE ADDICTIVE BEHAVIORS?
psychologytoday.com/blog/in-excess/201605/the-myth-the-addictive-personality