The Dangers of Alcohol Poisoning 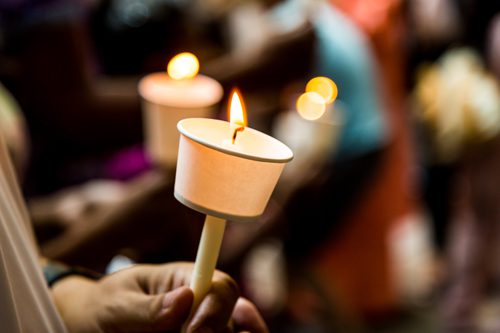 I never knew the dangers of alcohol poisoning until last year when I lost a sorority sister. It was a Friday, and we had just finished midterms. All week long, we heard talk of party after party taking place both on and off campus. The night started early at a little hangout right off campus. Because it was known for being lax in asking for IDs, the place was packed. We started with shots of tequila and drank more than usual. The rest of the night was blurry and a little crazy. We went from party to party, frat house to frat house, and to several off-campus apartments before we ended up at one big bonfire at the beach.

I didn’t pay attention to anything that night, especially to how much my friends were drinking. It wasn’t until that early morning we found out that Katie had drunk so much that her blood became toxic, causing her to die of alcohol poisoning. We all were in complete shock and wanted to wake up from this bad dream. I never knew that alcohol poisoning could cause death, and it’s a lesson I will never forget.

If my friends or I had known the dangers of alcohol poisoning and the signs that precede it, we could have saved Katie’s life.

The dangers of alcohol poisoning start subtle, like intoxication, but worsen the more alcohol is consumed. Behavior could include decreased judgment, loss of control, and slurred speech. After more toxic levels of alcohol enter the bloodstream, poor muscle coordination, vomiting, and a significant reduction of consciousness and cognitive function can emerge. The real danger of alcohol poisoning happens when these toxic levels reach a point where one goes into a coma.

As a tribute to Katie, my sorority has taken a vow not to participate in the crazy binge drinking or any other abusive drinking on our campus. Many of us have vowed not to drink at all. As a group, we’ve taken on the responsibility to educate our campus as well as high schools in the area on the dangers of alcohol poisoning. By possibly saving a life, I get a little more closure on losing a dear friend and living with the consequences of that horrible night.

To learn more about our detox and treatment programs at Twin Lakes medical detox in Georgia, please contact us today at (877) 958-0778.