What Happens During Addiction Detox? 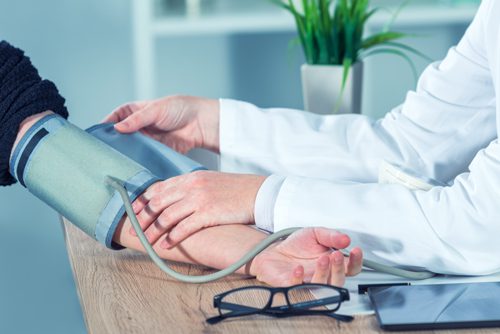 One barrier to seeking treatment for substance use disorder (SUD) is the concept of detoxing.

In movies and television shows, this process is often depicted in horrific ways. This can create the misconception that stopping drug or alcohol use is worse than continuing.

It’s important to remember than addiction is a brain disease. As such, it affects individuals differently. Not everyone seeking SUD treatment requires detoxification before behavior modification, but aligning the physical body with essential mental and emotional wellness is often a necessary first step.

The Physiological Effects of Addiction

The science of addiction is clear: it causes intense physical harm to your mind and body. Consider the following:

If someone needs drugs or alcohol just to function in daily life, he or she probably has both a mental and physical chemical dependency. This requires medical attention before recovery can continue.

Evaluating the Need for Detox

When someone enters rehab treatment, addiction specialists assess the need for detoxification to help physically stabilize him or her. While it’s possible this step isn’t necessary, it may be mandatory if one or more of the following factors are present:

During the initial consultation, facility personnel will also prescribe a certain continuum of care plan beyond detoxification that includes counseling, support programs, and other techniques for long-term wellness.

Under no circumstances should someone attempt physical detoxification without medical supervision. Guidance from a professionally-trained staff and possibly assistive medications allow for a safe, controlled experience in a non-judgmental, comforting environment.

What Happens During Detox?

Since artificial chemicals have permeated the body and mind, releasing that stranglehold isn’t often easy. What many people fear most—the physical withdrawal process—is another reason why medically-supervised detoxification is the best approach.

Discomfort depends on the level of addiction, the length of time someone has struggled with SUD, and the type of substances being abused. Typical symptoms may include:

For some people, these symptoms may last 24-72 hours. For others, there may be a period of one–to–three weeks during which their systems adjust to the release of toxins and recalibrate to more normal functioning processes.

It’s imperative to understand that certain substances, such as methamphetamines or opioid drugs like OxyContin and heroin; or excessive alcoholism, may present withdrawal symptoms for up to two years. So, while the initial detoxification may be helpful, adhering to other positive wellness habits such as a proper diet and an exercise regimen as soon as possible replenishes essential vitamins and nutrients and stimulates more natural brain chemical responses.

Embracing these and other healthy practices reduces the discomfort of extended withdrawal. Once the physical symptoms subside, the actual journey of recovery can begin.

Many people believe that once they go through physical detox, the hard part is over. While it’s true having less of a physiological compulsion to use alcohol or drugs makes life easier, there are still other critical parts of authentic, long-lasting recovery:

Detoxification isn’t the full treatment plan, but it does start the process of being “clean.” Once achieved, you can adopt other mechanisms to cleanse your emotional and spiritual systems and reveal the beauty of the whole self.