The Dangers of Alcohol 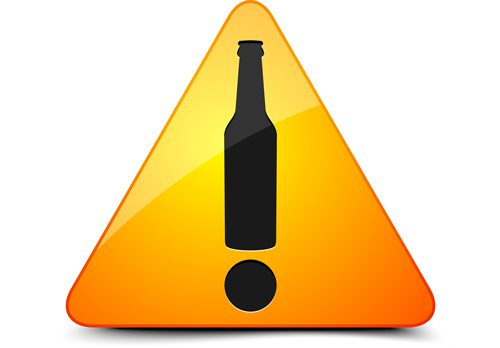 When the word “drug” comes to mind, you probably don’t think of alcohol.

Unlike other drugs, alcohol is normalized and even encouraged in some situations. Because it’s legal and pretty much everywhere—at grocery stores, restaurants, and even at sporting events—it’s easy to overlook its dangers.

By definition, alcohol is a drug. Not only can it be habit-forming, but also it affects critical functions of the body such as speech and coordination. In addition, when you’re drinking, even in moderation, you’re at risk for angry behavior that you probably wouldn’t exhibit when you’re sober. More than 25 percent of people who have committed aggravated assault and 37 percent of those who have committed sexual assault were intoxicated during their offense. Aside from anger, when you’re intoxicated and your judgement is not clear, it’s also easy to do something dangerous, such as jumping from buildings or even driving. Drunk driving kills around 27 people every single day.

Most people have heard of the dangers of drunk driving, but many ignore the risky behavior associated with alcohol consumption. However, a lot of people don’t know the long term health effects that come along with excessive drinking. According to the National Council on Alcoholism and Drug Dependence (NCADD), one out of every twelve adults in the United States suffers from alcoholism (that’s 17.6 million people). Alcohol-related deaths are more prevalent than deaths caused by all the other drugs combined, with a striking death toll of 88,000 people per year. Alcohol abuse can reduce your life quality in many different ways. Alcohol abuse increases your risk for cancer in the mouth, esophagus, throat, liver, and breasts. It can lead to major problems in the liver, such as steatosis or fatty liver, alcoholic hepatitis, fibrosis, and cirrhosis. It can also lead to various heart problems and pancreatitis.

What can we do to make sure that more people know the dangers of alcohol? First and foremost, we should stop normalizing and celebrating binge drinking. If we all took the time to think about how dangerous alcohol consumption really is, it’s likely that this behavior would not be as common. Spreading awareness of the dangers of alcohol consumption is crucial. Most people know that drinking is not good for them; however, many people don’t realize just how bad drinking is, and the aforementioned lasting health effects that can come as a result of it.

Additionally, we can set a positive example by avoiding alcohol consumption and by hosting social events without alcohol. You don’t need alcohol to have fun! At your next social gathering, suggest having an ice cream sundae bar instead drinks. Not only will this idea be unique and something that your guests will remember, but also it will save you money! Annually, people in the United States spend $50 billion on alcohol. By choosing not to drink, you will save a considerable amount of money. Another cool tip to help you stop drinking is to save all of the money that you would spend on drinks in a scrap book. Then, after a year, spend that money on something to reward yourself. It could go towards a vacation with your family, a new camera, or maybe even tickets to a sporting event you’ve been dying to see! Not only will you get to see your progress as you save money, but you’ll get to reward yourself for all of your hard work.

If you think that you, or someone that you love, has a drinking problem, do not be afraid to seek help. Twin Lakes Recovery Center has the resources to help you or your loved one get appropriate care. Alcoholism is not something that you have to face alone. Do not let the normalization of alcohol consumption interfere with what is best for you or your loved one. Alcohol is dangerous, but with the proper knowledge, support, and resources, we can minimize the number of those harmed by it.