Why Some Men Won’t Seek Treatment 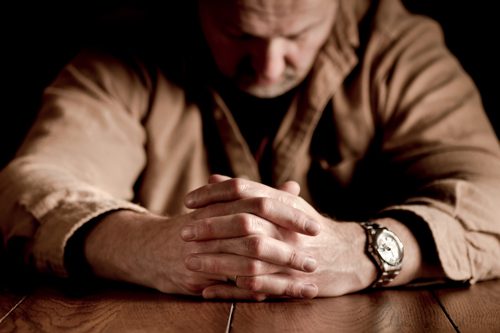 There are numerous societal and gender-based biases that often inhibit a man’s ability to seek treatment and move into recovery. Further, some men need different methods of cognitive behavioral therapy to undo characteristics such as toxic masculinity, unspoken trauma, an inability to discuss and relate to certain emotions, and other issues.

The Difference Between Self-Reliance and Self-Destruction

Many men often believe they must handle emotional, mental, or physical health issues alone. Self-reliance is a vital form of efficacy—an ability to perform or handle something satisfactorily—but if it’s a barrier to real connection and healing expression, it might be deadly.

A large-scale study in Australia by the University of Melbourne’s Centre for Mental Health featuring 14,000 men discovered that respondents who identified with being self-reliant “were significantly more likely to report thoughts of suicide or self-harm.” The study used data that explored men’s attitudes toward “11 ‘norms’ traditionally associated with maleness.” These included:

Australian researchers then compared the data to a separate health study. Of the men who believed strongly in self-reliance, 34 percent “had greater odds of reporting thoughts of suicide or self-harm.” In Australia, the study reports, “six out of every 100,000 women take their lives, but the rate for men is 18.5 out of every 100,000.”

Addiction and Suicide in the United States

The American Foundation for Suicide Prevention indicates “white males accounted for nearly 70 percent of suicide deaths in 2017″—and the “rate of suicide is highest in middle-aged men.” The Substance Abuse and Mental Health Services Administration notes that people with these disorders have a greater risk of suicide, and that more than 20 percent of suicides involve alcohol intoxication.

The Suicide Prevention Resource Center (SPRC) reports that men are “more likely to use firearms for a suicide attempt, and less likely than women to access behavioral health care.” So to help reduce the stigma of seeking substance abuse treatment and mental health services is to understand the risk factors. These include:

What’s more, the SPRC research indicates that the highest-risk demographic—men 35-64—don’t “age out”: men 65 and older actually have a greater risk of suicide than the primary subset.
Conversely, young men aged 21-34 have a higher chance of death due to drunk driving.

Societal Expectations of “What a Man Should Be”

When you’ve been raised a certain way, especially in the South, it’s challenging to go against type. Preliminary findings from a study released by the Neuroscience Institute at Georgia State University indicate that “gender identity, rather than sex, may cause the brain to differ in males and females.”

Do a quick internet search, and you’ll find all sorts of references to “the perfect Southern man” and “what it means to be a Southern gentlemen.” Whether in jest, like this piece from Southern Living, or perceived truth, societal expectations might make it more complicated for a man to fully express his thoughts, emotions, problems, and other aspects of vulnerability, especially if it’s looked upon as less than masculine.

Combined with other stereotypes contributing to the risk factors of being a “real man”—such as being independent, maintaining the role as the primary breadwinner of the family or worse, the problem of toxic masculinity—it’s easy to see why many men refuse to drop their masks.

In the military, there’s a prevailing attitude of “hypermasculinity” that often contributes to substance abuse and lack of behavioral therapy for mental and emotional health conditions. Obviously, military personnel show a determinate self-reliance, but their belief systems are also layered with a misconception that seeking professional treatment is a sign of weakness, paired with a drive to shield their loved ones and friends by not discussing struggles or symptoms.

According to CNN, hypermasculinity contributes greatly to increased reports of PTSD and suicide in the armed forces, now at their highest rates in more than 10 years.

Awareness and Fellowship Make All the Difference

For many men, the company they keep might prevent them from getting in touch with the roots of their addiction. This contributes to a “lone wolf” mentality.

Alcoholics Anonymous was started in 1939 by two men—Bill W. and Dr. Bob S.— who recognized they could help one another stay sober with regular, informal meetings that allowed them to share stories about addiction and recovery in safe, respectful settings. In 1994, SMART Recovery, which evolved from the support group Rational Recovery founded by Jack and Lois Trimpey, acknowledged the value of examining behaviors, beliefs, emotions, and motives in order to change their actions.

These are just two of the many examples of men in positions of caring, nurturing, and positive affirmation, choosing to move past the specter of addiction onto a path of a healthier life.
If you need help, remember to:

To learn more about our detox and treatment programs at Twin Lakes, please use the convenient contact form.

If you have thoughts of suicide and need support, please reach out to the following resources for free, confidential assistance 24-hours-a-day:

To learn more about our detox and treatment programs at Twin Lakes, inpatient addiction treatment near Atlanta, please use the convenient contact form.