Addiction and Trauma: What’s the Connection?

There’s a direct correlation between trauma and substance abuse. 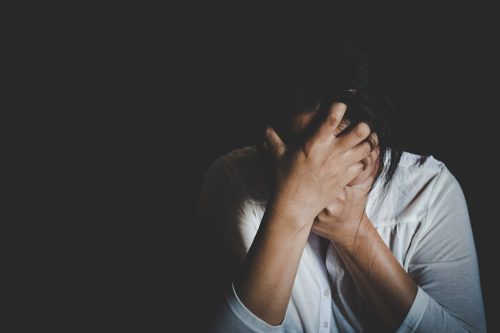 Traumatic situations and their percussive effects show up repeatedly in addiction science studies. People frequently use substances as a coping mechanism to handle various traumatic difficulties.

There are three primary categories of trauma:

Traumatic experiences from birth to age 18 may include adverse childhood experiences such as:

Loveisrespect.org reports that “Among female victims of intimate partner violence, 94 percent of those 16-19 and 70 percent of those 20-24 were victimized by a current or former boyfriend or girlfriend.” Further, 16 percent of college women “have been sexually abused in a dating relationship.” These are just statistics for women under 25.

Additionally, the North Georgia Mountain Crisis Network reveals that roughly 15 percent of young men experienced sexual abuse before age 18. Nationwide, one in six men suffers from sexual abuse or assault. A special support network for men, 1in6.org, works to remove the social stigma and raise awareness about “unwanted sexual attention” and the problems that result.

Intimate partner violence, or IPV, affects both women and men. The National Domestic Violence Hotline indicates IPV “affects more than 12 million people in the U.S. each year.” One in four women and one in seven men experienced extreme physical violence by an intimate partner in their lifetime—but four in five of all IPV victims were women. Both victims and abusers may use alcohol or drugs to mask the effects of trauma.

Keep in mind: these aren’t the only types of traumatic experiences a person might suffer. Homelessness, exposure to neighborhood violence, war, loss of loved ones, elder abuse, medical complications, toxic masculinity, and natural disasters are just a few of the many clinically-recognized forms of trauma.
If you or a loved one needs immediate assistance, the National Alliance on Mental Illness offers these hotlines and resources for Georgia residents.

As researchers continue to understand the connection between trauma and addiction, it’s essential for drug and alcohol treatment centers and outpatient care programs to tailor healing processes to address issues individually. For example, although a condition such as post-traumatic stress disorder (PTSD) is frequently associated with veterans, anyone who’s experienced a shocking event may not only be diagnosed with PTSD, but also present similar symptoms:

Learning what’s actually provoking your episodes with PTSD and symptoms of other trauma requires quantitative, individualized counseling. Substance abuse might be a common behavior in response to trauma, but what about unique triggers? WebMD lists a few examples:

Quite frequently, more intense trauma triggers aren’t revealed until someone with an addiction problem cycles through aspects of therapeutic methods to, as the American Psychological Association quantifies, “actually produce change.”

Moving Forward with a Healthy Life

Nothing will ever take the trauma away. Both painful and joyous experiences are woven into the fabric of our beings, but we can certainly learn more about how we’re affected by them. We’re also fully capable of changing our reactions to negative thoughts and emotions by adopting better coping mechanisms and more importantly, using these changes as the foundation for healing.

Cognitive behavioral therapy is one of the top approaches used for these purposes at addiction treatment centers. Others include dialectical behavior therapy, experiential therapy, and additional psychiatric services.

At Twin Lakes Recovery Center, a leading Atlanta-area addiction treatment center, we offer these methods, as well as individual, group, and family programming to help clients identify and move beyond trauma. Our experts have specialized knowledge of substance use and co-occurring disorders. We also use gender-specific groups to acknowledge the unique challenges women and men face so they can new lives with wellness.

To learn more about our detox and treatment programs at Twin Lakes, substance abuse treatment Atlanta, please use the convenient contact form.