The Opioid Crisis in Georgia 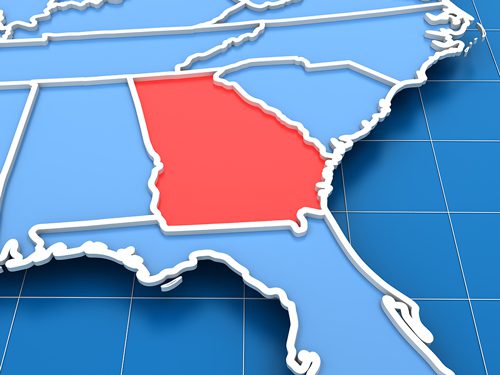 Georgia topped headline news in fall 2017 because of a serious epidemic.

Medical professionals sounded the alarm and experts from around the United States discussed the dangerous rising trend of opioid use in the Peach State.
The Georgia Department of Health indicates “deaths related to drug overdose (OD) are now almost equal to deaths due to motor vehicle crashes.” In Georgia, OD deaths tripled in just 15 years.

In 2015 alone, there were 1,307 OD deaths in the state—of that number, 68 percent were caused by prescription opioids and, to a lesser extent, heroin.
Additional statistics report that in 2014, more than one-third of Georgia’s 159 counties had higher drug OD rates than the nation’s average. Data from the Substance Abuse Research Alliance (SARA), a program of the Georgia Prevention Project, indicate these are mostly rural counties with “limited access to substance use disorder treatment and/or medication-assisted treatment.”

The Office of Georgia Attorney General Chris Carr reports that from June 2016 to May 2017, “the total number of opioid doses prescribed to the state’s patients surpassed 541 million—approximately 54 doses for every man, woman, and child in Georgia.”

The Use of Opioids for Pain Management

Opioids are prescribed to reduce moderate to severe pain, and can be especially helpful for people with accident-related injuries, in post-surgery recovery, or managing cancer treatment.

The SARA explains that opioid drugs “mimic the body’s natural response to pain” through the Mu receptors located in the “brain, spinal cord, peripheral nervous system, and intestinal tract.” This simulation not only blocks pain signals, but also increases dopamine, a neurotransmitter in the brain’s reward system. Dopamine release produces a pleasing, sometimes euphoric, effect.

However, effective pain management and reduction has always been a difficult aspect of medical care, because if the root cause of pain can’t be isolated and treated effectively, patients often require powerful medication to handle daily life.

The dichotomy, according to Science magazine, is drugs that are supposed to provide patients relief often result in hyperalgesia: a condition that reduces the effect of medication and may make individuals more sensitive to pain. Patients reliant on opioids for pain management have amplified sensations, which prompt the need for increased doses or more intense substances.

The Rise of OxyContin

Morphine drips and long-release pills are standard end-of-life care treatments to ease excruciating pain. The general consensus among medical professionals is while opioid drugs are dangerously addictive, this isn’t a concern in palliative care. For decades, awareness of opioid addiction potential prevented health professionals from prescribing opioid alternatives to people with debilitating conditions wanting to experience lives with less pain.

In 1995, Purdue Pharma, a privately-held company in Connecticut owned by the Sackler family, released OxyContin. This long-lasting narcotic—manufactured with oxycodone, a derivative of heroin—included a marketing campaign designed to convince prescribing physicians of a safer, more effective way to treat a number of conditions that caused people moderate to severe pain. The risks were minimized or hidden.

In an interview with NBC News, Food and Drug Administration Commissioner Dr. Scott Gottlieb stated, “the practice of over-prescribing opioids helped drive opioid abuse.” NBC News further notes, “the Centers for Disease Control and Prevention reports that 33,000 people died from opioid ODs in 2015 and more than 2 million people are addicted to the drugs.” These drugs now include illegal street sales of OxyContin, Percocet, and heroin; and in other settings, fentanyl and methadone.

In 2007, federal courts ordered Purdue Pharma to pay 600 million for the felony charge of “misleading customers about OxyContin’s addictive potential.” It’s one of the greatest fines levied on a drug corporation. Three company executives pled guilty to “misdemeanor misbranding,” and the court fined them 34.5 billion.

In late 2017, multiple news agencies, including The Washington Post, Esquire, Newsweek, and The New Yorker, exposed the calculated and financially-beneficial strategy behind the manufacturing and marketing of OxyContin.

Next Steps for Georgia Residents

There was a slight drop in opioid-related ODs in Georgia in 2015—549 from 588 the previous year—but that doesn’t reduce the imperative action necessary to help people learn the dangers of and recover from opioid addiction.

The SARA compiled a phased action plan that includes:

Increased use of naloxone. This is an opioid antagonist medication that first responders, parents, and educators can use to reverse an opioid overdose without extensive side effects.

The SARA cites the groundbreaking results of the Georgia Meth Project, the pilot program that evolved into the Georgia Prevention Project, as the basis for this action plan.

If you or a loved one is struggling with opioid addiction, we can help. To learn more about Twin Lakes opioid treatment in Georgia, please use the convenient contact form.