When Marijuana Becomes an Addiction

Marijuana Can Be Addictive 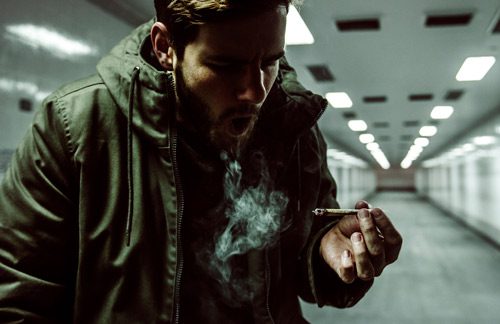 Since marijuana is now legal in many states, more and more people are using it medically and recreationally. This increase in use has led to many people developing a marijuana use disorder that can turn into an addiction.

The National Institute on Drug Abuse (NIDA) states that “Marijuana use disorder becomes addiction when the person cannot stop using the drug even though it interferes with many aspects of his or her life.” Over time, people can build up a tolerance for marijuana and need more of it in order to achieve the same effect.

Marijuana can pose risks to a person’s health and life. It is not as harmless as it was once thought to be. The potency of marijuana has become stronger over the years, with higher concentrations of THC. This increase in THC has a more severe effect on the brain and can cause people to develop a dependency on the drug, making them want to use it more until they become addicted.

According to the Substance Abuse and Mental Health Services Administration (SAMHSA), approximately 1 in 10 people who use marijuana will become addicted. When they start before age 18, the rate of addiction rises to 1 in 6. The younger a person is when they start using marijuana, the more likely they are to become addicted.

Some negative effects can include:

In addition, if marijuana is used during pregnancy, it can cause a variety of problems such as premature birth, stillbirth, stunted fetal growth, and problems with fetal brain development.

More Problems Associated with Its Use

Marijuana has been linked to the following problems:

Some research shows that marijuana can be a gateway drug to other substances. Those who use marijuana frequently and are dependent on the drug are more likely to use other illicit substances and become addicted to those as well.

These symptoms may vary in their intensity, and not everyone will experience the same symptoms. Symptoms often are worse when first quitting marijuana and can decrease after two weeks. If you find that you are unable to stop using marijuana when you try to quit, this is an indication that you are dependent on the drug and may be addicted.

Some other signs that can indicate an addiction or dependency to marijuana include:

Types of Treatment for Marijuana Dependency

Many addicted to this drug may not seek help until they are forced to face serious consequences such as legal issues. Marijuana addiction is a substance use disorder and should be treated as such. There are a variety of treatments that can be used to successfully help those with dependency and addiction to THC. Treatments often include therapy and holistic care and can take place in a residential treatment center or in an outpatient program, depending on the person’s specific problem and needs.

If you or a loved one are experiencing signs of dependency or addiction, Twin Lakes Recovery Center can help. We offer a wide range of options such as detox services, inpatient and outpatient treatment programs, and continuing care. To find out more about what programs we have to offer, contact one of our addiction specialists to set up a confidential consultation by filling out our convenient online contact form.

Considering Georgia addiction treatment centers? To learn more about our detox and treatment programs at Twin Lakes, please use the convenient contact form.