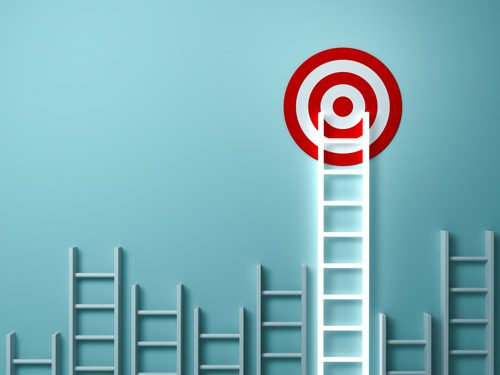 In many ways, we respond to the struggles and eventual triumphs of other people because we share a basic humanity: it builds us up to know someone experienced the same difficulties but managed to overcome them. If you’re at a point where a boost in your recovery journey would be really helpful, let these recovery success stories lift you up.

Recovery Success Stories to Add to Your Motivation

Celebrities, authors, musicians, and more—people who choose to share their addiction stories and paths to recovery understand the strength in vulnerability, honesty, and clarity. And know this: for every one person who speaks up, there are probably five others with long-term sobriety chips in their pockets who don’t. It’s always a personal preference. But if you find inspiration in hearing about some other recovery journeys, read on.

Without a doubt, Brown expresses every emotion, trial, and success in a relatable, human way. This professor, researcher, author, and podcast host has been sober for 25 years and is just as direct about this aspect of her life as any other. In this fantastic blog post from 2019, she breaks it all down—early recovery, a bit of a breakdown 10 years down the line, and what she celebrates about it. Specifically, she notes, “I realized that my sobriety isn’t a limitation. Sobriety isn’t even a ‘have to’—it’s a superpower.”

She also gifts this message to everyone: “If you’re struggling, reach out and ask for help. Find a meeting. Get a therapist. Call a friend. We don’t have to do this alone. We were never meant to.”

A child star of Hollywood, Downey first smoked pot at age six—and it was given to him by his father. Downey also drank heavily for 30 years, starting at age eight. Say what you will about artists living differently than the rest of us and being free spirits, but most would agree that Downey doing drugs and drinking with his dad while growing up as a form of “bonding” isn’t healthy. He struggled for years with heroin addiction and spent time in prison.

Now one of the world’s highest paid actors, Downey relies on more holistic methods, such as yoga, to stabilize recovery and has been sober for more than a decade. In this 2020 interview with David Letterman, Downey said, “The AMA [American Medical Association] will say that alcoholism or addiction is essentially a brain disease, but it’s a brain disease that people don’t want to take the cure for when it’s offered, so it’s a very insidious thing.” He goes on to credit his wife, Susan, for helping him achieve and maintain sobriety.

This international musical superstar used to make records “under the haze of alcohol or drugs,” he says in a Rolling Stone interview. He first used cocaine in the 1970s as a way to feel less alone and not be so inhibited. He was also struggling to live openly and honestly as a gay man. For the next 15 years—which he described as “the lost years”—he attempted suicide many times as a cry for help, but also experienced many involuntary overdoses.

In 2020, he celebrated his 30th “sobriety birthday.” He posted on Twitter, “If I hadn’t finally taken the big step of asking for help 30 years ago, I’d be dead. Thank you from the bottom of my heart to all the people who have inspired and supported me along the way.”

On her powerful Facebook program “Red Table Talk” in 2018, actress Pinkett Smith opened up about her alcohol and sex addictions—and her mother, Adrienne Banfield Norris, shared her recovery journey from two decades of heroin addiction. The discussion included details about Pinkett Smith recognizing her mother’s drug problem as a teenager, when they acknowledged they had a disease, the various stigmas and myths standing in the way of people getting the help they need, and why support was vital to recovery.

Smith said, “I’ve learned that recovery isn’t just for those suffering from substance abuse, but that recovery is about recovering from our traumas, abuse, neglect, abandonment, lack of self-worth, disappointments, failed relationships, the loss of loved ones and so on….”

Just about any tough guy movie features notable Latino actor Trejo, as his formidable appearance makes a statement. But few know of his early heroin addiction when he was just a teenager, or how his role as a drug counselor helped him transition to the big screen.

In a Variety interview in 2019, he talked about how he attended his first 12-Step meeting when he was only 15, and had to return to the program again while in prison. Now more than 50 years later, Trejo remains sober, and credits one primary reason for it all.

“I honestly believe this sobriety and being clean depends on your support system,” Trejo says in Variety. “You’ve got this system of people around you that want you to stay clean and sober. If I’m driving down the street and I’m with somebody clean and sober and I say, ‘God, man, I sure could go for a joint right now or a beer,’ this guy will say, ‘Hey, wait a minute. Let’s go to a meeting.’ I surround myself with people that are clean and sober.”

These are just a few stories featuring people with money, fame, and success who recognized what they might lose without proper addiction treatment.

More importantly, they didn’t try to do it alone. Relying on a solid sober network of not only qualified addiction science professionals but also family members, friends, and other people on the recovery path helped them accomplish more. You can, too. If you’re concerned about relapse, use the contact information on this page to regain the benefits you’ve worked so hard to achieve.

Looking at treatment centers around Atlanta? To learn more about our detox and treatment programs at Twin Lakes, please use the convenient contact form.