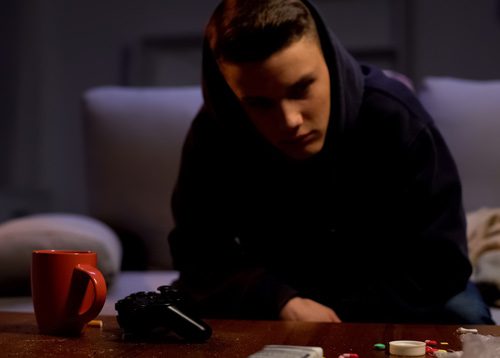 It’s surprising for some people to realize that cocaine—once considered an 80s party drug—is still a problem all these years later. Both cocaine and its derivative, crack cocaine, are serious addiction threats for people under their influence, and professional treatment is the only way to wellness.

According to the National Institute on Drug Abuse (NIH), cocaine comes from the coca plant in South America. For centuries, natives of the continent chewed the leaves to release their stimulant properties. In the early 20th century, “purified cocaine was the main active ingredient in many tonics and elixirs developed to treat a wide variety of illnesses, and was even an ingredient in the early formulations of [the soft drink] Coca-Cola.” Cocaine was outlawed in the U.S. in 1914.

The Drug Enforcement Administration (DEA) of the U.S. Department of Justice categorizes cocaine as a Schedule II drug under the Controlled Substances Act under the following guideline: “a high potential for abuse and has an accepted medical use for treatment in the United States.” Cocaine is rarely used medically today, but a form of it is occasionally used to stop nosebleeds and in dentistry and oral surgery.

The DEA states that cocaine:

According to the DEA, both substances are practically identical in their chemical makeup, but cocaine is either snorted or dissolved in water and injected, whereas crack is usually smoked.

Is Cocaine One of the Most Addictive Drugs?

Yes. According to WebMD, here are the top five most addictive substances, in order:

Cocaine and crack impact the brain within seconds, often referred to as a “rush.” Afterward, individuals “crash,” which includes “mental and physical exhaustion, sleep, and depression lasting several days.”

WebMD also notes that the U.S. Department of Health and Human Services reports “5.5 million people used cocaine and crack in 2019, and about 1 million were addicted.” Most people develop a high tolerance to these drugs quickly, prompting intensified cravings and increased dosing over time, leading to substance use disorder.

The short- and long-term effects of crack and cocaine addiction on someone’s health begin almost immediately. NIH reports the following:

Long-term effects of cocaine and crack use, depending on the method used:

Additionally, NIH indicates that “large amounts of cocaine can lead to bizarre, unpredictable, and violent behavior.” Overdose is also a frequent problem for people with cocaine addiction.

Treatment for crack and cocaine addiction needs to be a multi-faceted and unified approach among all rehabilitation professionals. NIH states that “former cocaine users are at high risk for relapse, even following long periods of abstinence. Research indicates that during periods of abstinence, the memory of the cocaine experience or exposure to cues associated with drug use can trigger strong cravings, which can lead to relapse.”

In-depth residential treatment is the best option for cocaine and crack addiction. The intensity of this substance use disorder combined with how long someone used drugs means that a comprehensive continuum of care plan has to be developed to ensure the start of a sound recovery. While 30 days is a minimum stay, it’s not uncommon for some people to need a foundation of at least 90 days in rehab to fully address not only the addiction, but also the mental and emotional causes that led to the disorder.

It’s typical for someone going through medically-supervised detoxification to experience the following cocaine withdrawal symptoms for up to two weeks:

The board-certified professionals at Twin Lakes Recovery Center use a variety of therapeutic techniques to help people gain new ground in recovery, such as:

If you or a loved one are ready for positive change and a release from crack or cocaine addiction, talk to a member of our admissions team as to how we can help you begin again.

Looking into cocaine rehabs in Atlanta? To learn more about our detox and treatment programs at Twin Lakes, please use the convenient contact form.