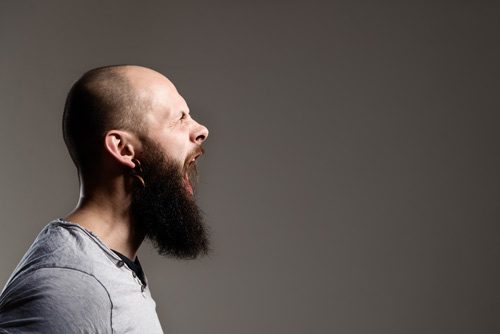 Although it’s hard for many people to admit it, anger gets the best of them more often than not. This leads to some complicated and often severe problems in life, including substance use disorder (SUD) and alcohol use disorder (AUD). If you feel your anger is out of control, here’s what you should know and what might help.

Everyone Gets Angry—Isn’t That a Good Thing?

Yes…and no. It’s much healthier to release emotions rather than keep them bottled up, as the saying goes. Every person experiences a wide range of feelings—it’s just a part of being human. But what makes us better humans is understanding how to acknowledge negative emotions without being destructive to ourselves or others.

In the animated film Inside Out, an 11-year-old girl learns to understand her emotions of anger, disgust, fear, joy, and sadness. To make sure the core messages involving feelings were accurate based on scientific research, the scriptwriters consulted Dacher Kelter, co-founder and faculty director of the Greater Good Science Center (GGSC) at the University of California at Berkeley.

With Kelter’s guidance, a major point of the film communicated that it’s better to “mindfully embrace, rather than suppress, tough emotions.” Further, a concept known as “emodiversity”— clarified as a variance of both positive and negative emotions—is believed to give us greater mental health. In the movie, the young girl also learns to acknowledge an emotion, such as anger or sadness, without judgment, to make room for a healthy response.

The American Psychological Association (APA) defines anger as “an emotional state that varies in intensity from mild irritation to intense fury and rage.” One way people learn to manage anger more effectively is be clear about their needs and how to have them met without hurting others.

The Roots of Anger

Sometimes referred to as a “secondary emotion,” people often get angry when they feel one or more of the following:

The brain perceives these stressors as threats and reacts in a primitive, protective way. In fact, your body responses to anger include elevated blood pressure and heart rate, and increased adrenaline, energy hormones, and noradrenaline—the “fight” response of your sympathetic nervous system.

As part of the human experience, occasional anger can be a healthy expression when something is unjust or wrong. In this way, anger is the catalyst that sparks you to find a solution to a problem. This is considered an assertive—not aggressive—response toward more constructive behavior.

Anger as a Symptom

However, anger is often a symptom of a greater, more intense emotional, behavioral, or physical disturbance, especially when someone hasn’t developed the tools to deal with their emodiversity healthfully.

There are also individuals diagnosed with intermittent explosive disorder (IED). It’s defined by the Cleveland Clinic as “a lesser-known mental disorder marked by episodes of unwarranted anger. It is commonly described as ‘flying into a rage for no reason.’ In an individual with intermittent explosive disorder, the behavioral outbursts are out of proportion to the situation.”

Research indicates that more than 80 percent of people with IED also have anxiety, AUD, depression, or SUD. IED can often be managed with cognitive therapy and possibly medication, and while some individuals might only have it for a few years, others experience it for a lifetime.

The Connection Between Anger, AUD, & SUD

Although it’s stereotypical, pejorative language to use, we’ve all heard the phrase “mean drunk.” Usually it refers to a person who’s unpredictable, highly aggressive, and unsafe when inebriated. Perhaps we’ve even experienced this behavior in our own lives. It’s usually the result of chemical changes to the brain due to excessive drug or alcohol use.

If a person experiences any of the root causes above that lead to anger, AUD and SUD only make circumstances worse. These conditions continue to erode the brain’s ability to discern threats in non-reactive ways. Compounded by a lack of proper therapy and learned coping skills, anger feeds the substance use…and substance use exacerbates anger.

The APA indicates that proper counseling can help people with excessive anger issues learn a range of techniques to help understand the true cause of anger, acknowledge it, and eventually change thinking and behavior.

The point of anger management is learning to acknowledge the reasons for the feeling but not let it overpower you. Here are some coping skills that often help:

When some people enter addiction rehabilitation treatment, they often don’t want to get “touchy-feely” about emotions. But think about this: wouldn’t it be better to have the courage to acknowledge there’s a problem and learn the proper tools to fix it? This is just one way to forge a meaningful life on your terms.

Twin Lakes Is Ready to Help

At Twin Lakes Recovery Center, we don’t take a cookie-cutter approach to your healing. Our professionals use numerous therapeutic applications to meet you where you are and partner with you to move into recovery with the progressive skills you need to thrive.

Are you looking for a MO outpatient alcohol rehab? To learn more about our detox and treatment programs at Twin Lakes, please use the convenient contact form.