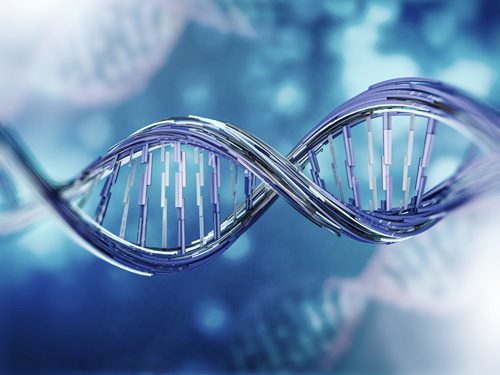 Many people, especially teens, wonder if the propensity for addiction is hereditary.

The answer is yes—and no.

Generational cycles of addiction can devastate families and communities. Research indicates that genetics are responsible for approximately 50 percent of the risk for drug and alcohol dependence. However, genes are only one small component of the overall picture. Environmental influences, learned behavior, and personality traits might also contribute to addiction.

Medical experts at the Institute of Medicine, the American Medical Association, and American Psychiatric Association explain that addiction is a brain disease: “It’s the uncontrollable, compulsive drug craving, seeking, and use, even in the face of negative health and social consequences. Addiction is a condition caused by persistent changes in brain structure and function. Both developing and recovering from it depend on biology, behavior, and social context.”

Studies featuring twins with a biological propensity for alcoholism, but separated at birth and raised in different households, reinforce that it’s not likely addiction will occur, even with the genetic component, if key external influences aren’t present as well. If a pre-disposed twin experiments with substances at an early age, suffers devastating trauma, has a mental illness, and/or experiences adverse developmental or environmental factors, there’s a strong chance that a compulsion to use will manifest into addiction. When there are no environmental factors, the genetic risk has a minimal effect.

In the 1980s, public service announcements, or PSAs, promoted extensive anti-drug campaigns. One of the most popular PSAs showed a teenager being confronted by his father about a hidden stash of drugs. The phrase “I learned it from you!” pointed to the stark reality that children are greatly impacted by their environment.

Children exposed to parental drug or alcohol abuse and potentially harmful situations have a high probability of behavioral problems, often leading to substance experimentation. They may also have more access to illicit substances, prescription drugs, or alcohol.

However, just as causation for addiction isn’t solely dependent on genetics, neither is it instigated only by direct influences. Medical experts purport that the majority of children of parents with substance abuse problems do not, in fact, develop addictive behavior themselves.

The Effects of Trauma

There are numerous studies that indicate a direct correlation to trauma and substance abuse, whether or not a child has a predisposition for addiction. Traumatic events may include:

Research indicates traumatized children and adolescents have a greater risk of drug or alcohol abuse because of dysregulation, which is a regulation impairment of psychological, metabolic, or physiological processes. Their trauma and substance use may also increase the likelihood of violent behavior, PTSD, mental health issues, and suicide.

Because early life trauma directly impacts cognitive and brain development, the ability to remain resilient in the face of future challenges is compromised, especially if a child is also affected by a dysfunctional environment. In these cases, a predisposition for substance abuse may make it more difficult for an individual to avoid becoming addicted if involved in recreational drug or alcohol use later in life.

Some health conditions are genetic. For example, mutations of certain genes may cause breast cancer in multiple generations. Sickle cell disease, a condition that affects red blood cells, may be passed down to children if both parents are carriers of its abnormal gene. Even a simple autoimmune condition such as hypothyroidism often runs in families.

Mental health disorders can also be hereditary. They include:

Similar to being concerned because of a predisposition to substance abuse, having a blood relative with a mental health condition or illness doesn’t automatically mean you’ll have it, too.

But if you do, and a life-altering event triggers an episode, this may lead to problems with addictive substances. In fact, the National Institute on Drug Abuse indicates about half of people with mental health conditions also experience substance use disorders, or SUDs.

A young person’s brain moves through critical development prior to birth until approximately age 22. The prefrontal cortex, which directs impulse control and decision making, forms last. Mental health conditions present as early as age 10, but the risk is heightened during adolescence. Many SUDs also occur during this stage.

So, teenagers are particularly vulnerable due to pre-existing or the onset of mental health issues, which may either be the catalyst for or exacerbated by alcohol or drug use.

Use Truth to Break the Cycle

If there’s reason to be concerned about a pattern of SUD in your family, the best thing to do is talk openly about it. For example: