Are You an Addict? How Labels Help or Hurt You 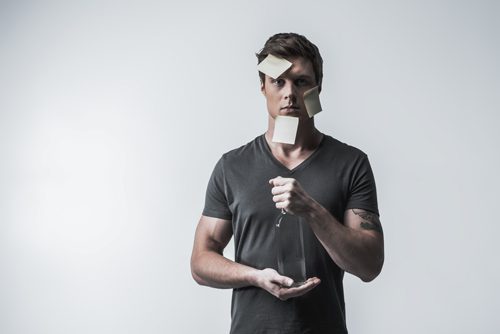 How we identify ourselves and the language we use really matters. A lot of our self-esteem and self-efficacy stems from our inner dialogue. So if you call yourself an idiot, a jerk, stupid, worthless, and so on, your behavior and actions will reflect a lot of these self-defeating beliefs.

Some people belittle themselves in humorous or non-threatening ways to appear modest or approachable to others. For people who have a healthy self-awareness, this might be a casual method to recognize their weaknesses and create a relatable bridge to other people in social and workplace situations. But more often than not, self-deprecation is a barrier to healing and a cry for help. If our negative self-talk is a bully based on adverse childhood experiences or other aspects of abuse and trauma, it frames our very existence.

In the recovery community, there are distinct opinions about using the term “addict” or “alcoholic” to describe yourself and your struggles with addiction.

Conventional Thinking for These Labels

Alcohol and drug abuse were once considered reflections of character or morality. A lot of this stigmatizing thinking began with the temperance movement. First popularized in England, it swept through the United States in the mid-to-late 1800s, and was a catalyst for passing Prohibition in 1920.

The Women’s Christian Temperance Union, anti-slavery abolitionists, and the Anti-Saloon League banded together to essentially protect families, among other initiatives. During this time, women and children were dependent on men for their very survival—women didn’t have the right to vote, couldn’t legally own property, and had few options for earning a living. Men who spent hours drinking in saloons and spending hard-earned wages to do so were considered alcoholics, negligent in their duties to provide and care for their families.

When Alcoholics Anonymous was founded in 1935, its purpose was for attendees “stay sober and help other alcoholics achieve sobriety.” Since one of the 12 Steps is to admit a powerlessness over alcohol, people identified as alcoholics to adequately express their problems.

“Addict” reflects its Latin origin, addictus, defined as “to abandon, betray, sacrifice, or sell out.” The Century Dictionary adds, “It is a yielding to impulse, and generally a bad one.” Some historical references note the term addict was commonly used in Shakespearean literature.

But from opium dens and jazz clubs to the psychedelic 1960s and opioid-ravished 2000s, there’s a heavy stigma surrounding addiction. Myths such as no willpower, low morality, social and economic stereotypes, criminality, and other negative characteristics are often associated with the word addict. Usually when someone uses the word, it’s meant as a judgment and estimation of worth—even when that person is referring to themselves.

Only in the past decade or so have addiction scientists and mental health experts communicated that labels of alcoholic and addict are damaging to the long-term success of recovery.

According to a feature in U.S. News and World Report, “dropping the use of stigmatizing language can save lives.” The article included an interview with John F. Kelly, founder and director of the Recovery Research Institute at Massachusetts General Hospital, as well as the first endowed professor of addiction medicine at Harvard University. He noted that “labeling someone with a drug or alcohol addiction an ‘abuser’ suggests that person is voluntarily misusing those substances, rather than struggling with a disease that involves their brain chemistry. Such language ‘could suggest willful misconduct, which some people believe should be punished, not treated.'”

Another expert in the feature, Michael P. Botticelli, stated in a 2016 paper he wrote for the Journal of the American Medical Association that language such as alcoholic, addict, or abuser perpetuates the stigma of addiction. Botticelli is the executive director of the Grayken Center for Addiction at Boston Medical Center. “Stigma isolates people, discourages people from coming forward for treatment and leads some clinicians, knowingly or unknowingly, to resist delivering evidence-based treatment services. This is not just about being politically correct,” Botticelli said. “There’s scientific evidence to show that language matters. We know stigma plays a huge role in why some people with substance use disorders avoid or delay seeking treatment.”

Kelly’s Recovery Research Institute published an “Addiction-ary” to help further the cause: “If we want addiction destigmatized, we need a language that’s unified.” So if you or anyone else chooses words that label someone rather than explain a condition such as alcohol use disorder or substance use disorder, it might show up as a “stigma alert” in the Addiction-ary.

What Word Describes You?

Many people choose to call themselves alcoholics or addicts as a form of tough love. They often use the term as a humbling low-point marker or a reality check. But is it really effective? Psychologists believe that negative self-talk is damaging, as our brains generate mostly negative thoughts about 80 percent of the time as a primitive form of threat alert and protection.

If you need a reminder of what you’ve done before, experts state that giving your inner critic—in this case, your former addictive behavior—a name is better than personally identifying with a label.

Talk to the Experts at Twin Lakes

This type of healthy debate surrounding advances in addiction science is exactly what stimulates individual and group therapy discussions, alumni meetings, aftercare meetings, and our newly-formed “Cows and Conversation” series. How can you be a part of changing lives—yours or others? Contact us to learn how.

To learn more about our detox and treatment programs at Twin Lakes, addiction rehab treatments near Atlanta, please use the convenient contact form.