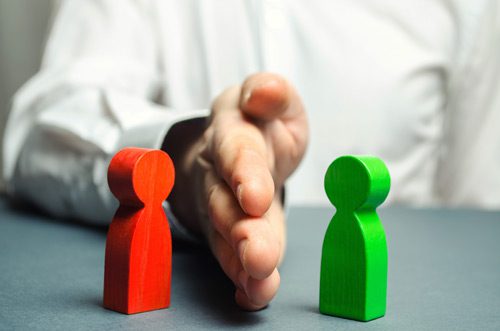 Finding verifiable information about addiction science has never been easier, yet myths, stigmas, and controversial thoughts about it remain in play. We take a closer look at the two most prominent misconceptions.

The Deep Roots of Morality

On one hand, it’s understandable why people struggle with the concept of drug and alcohol addiction. Society trains us to be evaluated based on our actions. In many ways, our actions are governed by choices. Many people still perceive addiction as a “good” or “bad” choice, especially when its associated behaviors (lying, manipulating, stealing) seem to fall squarely into the “bad” arena.

In 2017, Dutch researchers Lily E. Frank and Saskia K. Nagel released findings from their study “Addiction and Moralization: the Role of the Underlying Model of Addiction“. Here’s one of many key points about societal perspective: “We have an ability to pick out a certain phenomenon, behavior, or traits as morally relevant and others as not so…moralization matters if we care about consequences of attributing moral responsibility—regardless of whether the attribution is justified or not.”

An Example of Substance Abuse and Morality

According to the Library of Congress, early advocates of the Women’s Christian Temperance Union didn’t initially prohibit alcohol consumption in the U.S.—they simply wanted to curb males’ public drinking behavior to help protect women and children.

But by the late 19th century, attitudes changed. The movement fought for a measure of reform associated with “such social ills as poverty and insanity” as well as an effort against Irish and German immigrants, and to thwart the interests of liquor producers. In 1918, the U.S. Congress enacted Prohibition and the Volstead Act, both of which were repealed in 1933.

The irony, as some researchers point out, is that the temperance movement and Prohibition didn’t exactly stop Americans from drinking during or after—note that Alcoholics Anonymous was founded in 1935. After the 1930s, state licensing laws permitting off-premises sales of alcohol, refrigeration, and the “invention of the aluminum beer can…meant the way was cleared for the home to become the prime drinking site”—thus compounding issues with alcoholism, later defined as alcohol use disorder.

Addiction Is a Disease

Today, morality is still closely linked to addiction and often considered the major contributing factor. After all, if you weren’t a “bad” person, you’d understand how much harm you’ve caused yourself and others and simply stop.

However, science continues to prove addiction is a chronic disease that can’t be cured but can certainly be managed. Advocates of positive recovery urge people to see the person beneath the addiction who needs treatment, acknowledging that while their actions under the influence were inappropriate, they still deserve a chance to heal.

Here are some resources that might help explain addiction beyond aspects of morality:

This socially-damaging stigma has multiple layers of complexity—too many to unravel in this article. But without question, it intersects with racism, homophobia, mental and behavioral health, classism, poverty, media exploitation, and other aspects.

In 2020, the Substance Abuse and Mental Health Services Administration (SAMHSA) released findings from the 2019 National Survey on Drug Use and Health, including:

The Centers for Disease Control and Prevention indicated that “binge drinking is more common among people with household incomes of $75,000 or more and higher education levels. However, binge drinkers with lower incomes and education levels consume more binge drinks per year.”

Treatment Takes Time, But Will Help

Another controversial addiction issue is that treatment doesn’t work. This might be true of formulaic approaches, but not of individualized care that addresses the needs of the whole person—mentally, emotionally, physically, and spiritually.

At Twin Lakes Recovery Center, our goal is to restore individuals to a healthier, happier, and more productive life, free from dependence on alcohol, addictive chemicals, and destructive behaviors. We believe each person who walks through our doors deserves a specialized treatment plan that helps them create a successful path of recovery. Learn more about our philosophy.

Looking for inpatient addiction treatment near Atlanta? To learn more about our detox and treatment programs at Twin Lakes, please use the convenient contact form.