How to Know If You Have a Drinking Problem 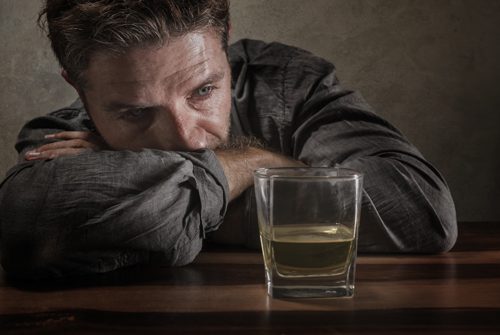 Why is it that some people can have a few glasses of wine after dinner and not seem to be affected? What about that person who drinks a six-pack during a Sunday afternoon football game? Or the folks who order numerous cocktails while club-hopping? Do they all have a drinking problem?

Alcohol use disorder isn’t diagnosed by quantity alone, although heavy drinking is one symptom of it—defined as eight or more drinks weekly for women, and 15 or more drinks weekly for men. In fact, the Centers for Disease Control state that “about 90 percent of people who drink excessively would not be expected to meet the clinical diagnostic criteria for having severe alcohol use disorder.” So how do you know if you have a drinking problem?

Alcohol use disorder (AUD)—once referred to as alcoholism, alcohol abuse, or alcohol dependence—is a chronic, relapsing brain disease. The National Institute on Alcohol Abuse and Alcoholism (NIAAA) categorizes it as “compulsive alcohol use, loss of control over alcohol intake, and a negative emotional state when not using.” NIAAA reports that as of 2018, about 5.8 percent of the U.S. population, or 14.4 million adults, suffered from AUD: more than nine million men and five million women. Statistics from 2018 also point to more than 400,000 teenagers 12–17 with AUD.

AUD is considered a brain disease because repeated use of certain substances alters your brain chemistry. Scientists note that alcohol is one substance that creates neurobiological abnormalities in how your brain responds to “reward, stress, and self-control.” This is why that aspect of compulsivity is often referenced in addiction: your brain craves a substance, which creates new patterns of behavior to fulfill that want, regardless of how damaging those behaviors might be.

The Stigma Surrounding Alcohol Use Disorder

This is why for many decades, there was a stigma surrounding alcohol use, no matter how socially acceptable, as this behavior was considered a moral failing or character flaw. The lengths to which people would go to continue drinking seemed contradictory to what a “decent” person might do. This doesn’t mean someone with AUD is devoid of consequences due to their actions—it simply means we now have the scientific research to understand why certain factors, such as brain function, societal and environmental influences, trauma, and genetics all have critical roles in explaining why someone has an addiction.

Unfortunately, some research from 2019 suggests that as long as the compulsivity factor of AUD is left untreated, people might continue to struggle with alcohol consumption.

NIAAA notes that the change in terminology from alcoholism or alcohol abuse/dependence happened in 2013 with the 5th and most recent edition of the American Psychiatric Association’s Diagnostic and Statistical Manual of Mental Disorders. Referenced as DSM-5, this update merged the diagnostic criteria: “anyone meeting two of the 11 criteria during the same 12-month period would receive a diagnosis of AUD. The severity of an AUD—mild, moderate, or severe—is based on the number of criteria met.”

Know the Signs of AUD

So if you’re wondering if your drinking is troublesome, or friends and loved ones have asked you to give it some thought, here are the official DSM-5 criteria, as listed on the NIAAA website. We have retained the original wording to avoid any misrepresentation of the manual.

In the past year, have you:

If you answered yes to 2 to 3 questions, medical professionals will diagnose you with mild AUD; yes to 4 to 5 questions, moderate AUD; yes to 6 or more questions indicates severe AUD.

The Experts at Twin Lakes Are Ready to Help

Many treatment centers, such as Twin Lakes, have a philosophy that, like other chronic illnesses, alcohol use disorder is a disease that might be incurable but is certainly treatable. If you’re concerned about why your drinking might be a problem, there’s no need to wait until circumstances become more serious. Our admissions professionals are available 24 hours a day to answer questions and provide the direction you need.

To learn more about our detox and treatment programs at Twin Lakes, alcohol detox treatment centers in Atlanta, please use the convenient contact form.