What Does It Mean to Make Amends? 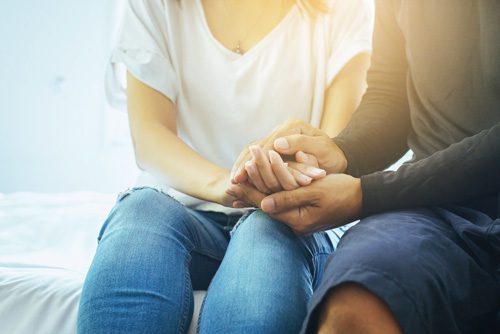 The traditional dictionary definition of making amends is to “correct a mistake that one has made or a bad situation one has caused.”

This is a frequent topic of discussion for people once addicted to alcohol or drugs.

One vital point often discussed is whether extending an apology is the same as making amends. Not exactly—while both are good efforts, the difference lies in someone’s intentions. Some situations may require both an apology and an effort to make amends.

What Is an Apology?

When asked, “What is an apology?” most psychologists agree that learning to apologize with genuine grace is something everyone should know. We’ve all crossed a line at one point or another with our actions or behaviors by unnecessarily hurting another person, or inadvertently made a mistake that requires an apology.

An apology allows an individual to hear what another person feels, determines what action or behavior is or isn’t appropriate, and provides an opportunity for the hurt person to heal. By taking on the responsibility to sincerely apologize, an individual continues to build self-confidence and reinforce personal integrity.

Maybe you have trouble apologizing. You’re not alone. It takes courage to not only admit a wrongful behavior or action, but also face the fact that someone else suffered consequences as a result.

Psychologist Guy Winch says one reason why “non-apologists” have challenges saying “I’m sorry” is because they have difficulty “separating their actions from their character: if they did something bad, they must be bad people.” While this isn’t usually the case, it still threatens their self-esteem and identity.

In a Psychology Today article, Winch also explained that guilt and shame play a large part in the struggle to apologize. “Guilt makes us feel bad about our actions, and shame makes non-apologists feel bad about their selves.” Additionally, he said, extending an apology is often challenging for some people because of their fear if they say something, it’ll create more conflict.

The Importance of Making Amends

Alcoholics Anonymous (AA) first implemented the concept of “making amends” for people in recovery as a means by which to “amend behavior.” In many situations, a sincere apology may be all another person requires to believe you want to regain trust in a relationship and you understand what they went through.

However, in other circumstances, showing remorse and the acknowledgement of how you made another person feel is only the first step. The next is demonstrating with positive, corrective action that you have the intention of doing the right thing. Sometimes, this may be a simple directive, such as “Is there anything I can do to make this up to you?”

But, you may also have to be prepared to make more constructive and tangible changes in your relationship that allow the other person to feel heard and understood, and redevelop trust in your future actions and behavior. Mindtools offers an example: “From now on, I’m going to manage my stress better so I don’t snap at you. And I want you to call me out if I do this again.” Learning to break the pattern is critical to healing.

Everyone will struggle with these approaches at one time or another. For someone in recovery, the challenge of making amends might have additional complications. Case in point, steps 8 and 9 of AA’s 12-Step program deal with this:

It may be difficult to accept that you’re not always going to be able to make amends to people who you’ve wronged in some way. While you may be willing to try, they may not. Some might be too tested by prior behaviors and actions that they simply need space. Or the people you need to apologize and make amends to are no longer living. Regardless, you’ll have to come to terms with this, acknowledge any wrongdoing—even if it’s a private entry in a daily journal—and adjust your behavior or action as to not harm anyone else in the same ways.

Some psychology experts claim it’s never too late to extend an apology and make amends. In an article for Experience Life, author Tamar Chansky was quoted as saying that occasionally, time is on your side when apologizing and making amends. “Given the time that’s passed, you could so easily have not apologized, but you did,” she said. “The fact that you are making the effort now only increases the significance of the act. A sincere apology never ‘goes bad.’”

Christine Carter is a senior fellow at the Greater Good Science Center at the University of California, Berkeley. She simplifies the approach for a proper apology and making amends this way: “Tell them what you feel, admit your mistake and the negative impact it had, and make the situation right.”

How Making Amends Helps You

Whenever we consciously understand that we’ve hurt someone, it cuts to the core. Taking action to amend that certainly helps the other person. It also heals you. It’s all too easy to have our actions criticized by others and judged mercilessly by our internal jury. Are we bad people—or simply human beings learning how to make better choices?

Through techniques such as cognitive behavioral therapy, 12-Step programs, and other methods, our experts help you move beyond the negative aspects of addiction and into a better understanding of who you really are and who you’re meant to be.

To learn more about our detox and treatment programs at Twin Lakes, addiction treatment clinic Atlanta, please use the convenient contact form.