What to Do About Club Drug Addiction 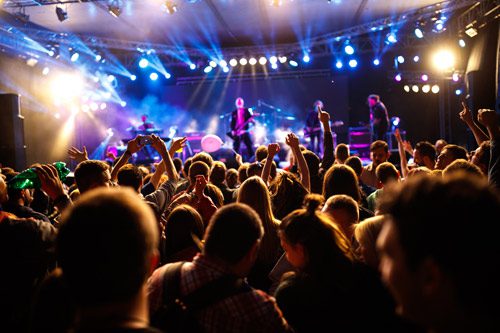 Many young adults think that taking club drugs—also known as designer drugs—won’t have serious consequences or put them at risk for addiction. But any substance that prompts a mind-altering effect has the potential to do great harm, and no dance party or concert is worth that.

What to Know About Club Drugs

Some illicit club drugs started off as legitimate pharmaceuticals. For example, MDMA (originally Methylsafrylaminc) was developed in 1912 as a bleeding control compound. Some psychiatrists also administered MDMA in the 1970s and 1980s to help patients communicate more clearly during sessions—but without approval from the U.S. Food and Drug Administration for this purpose. PCP (phencyclidine) and ketamine were created in the 1950s and 1960s as anesthetics.

In the 1980s, some people—especially those 18-24—started experimenting with club drug use while at “raves”—dance parties often held outside of normal nighttime entertainment locations, at places like warehouses and farm properties. Soon, usage of psychoactive chemicals spread to outings at bars, concerts, music festivals, and nightclubs.

The National Institute on Drug Abuse indicates club drugs are various hallucinogens, sedative-hypnotics, and stimulants. Club drugs are called “entactogens” because of purported feelings of an increased desire for physical closeness; heightened empathy, euphoria, and sensory reactions; and lowered inhibitions. Young adults and teens believe club drugs enhance their ability to fit in during social functions and have more intense experiences.

Here are the most common club drugs by chemical and street names:

All of these drugs are categorized as controlled substances by the U.S. Drug Enforcement Administration (DEA) with varying degrees of classification based on acceptable medical use and potential for abuse/dependence. For example:

All club drugs on the DEA’s detailed club drug list have the potential for abuse and dependence.

Why Are These Drugs So Dangerous?

People can frequently find club drugs easily and at low cost. They’re usually in the form of liquid, powder, “tabs” (concentrated amounts of drugs on pieces of paper), and small pills. Additionally, partygoers often mix them with other drugs or alcohol, which compounds the chance for complicated side effects, overdose, and even death.

The DEA reports that combination dosing is particularly dangerous. One example of this involves MDMA, or ecstasy. Manufactured in 50-150 mg tablets, people often “stack” three or more tablets in one dose, or “piggy-back” the pills, taking many within a short time. Ecstasy is also a common club drug mixed with other drugs, such as LSD—known as “candy flipping.”

Because ecstasy is a hallucinogen affecting both the brain as well as the central nervous system, one dose creates increased sensitivity to touch, intense changes in perception, and heightened sexual arousal. Negative side effects of even a single dose include:

For individuals who normally don’t use drugs but go to an event and want to fit in, they’re at greater risk of having a bad experience. An overdose on the drug “can interfere with the body’s ability to regulate temperature. The DEA notes that a spike in temperature (hyperthermia) might cause cardiovascular, kidney, or liver system failure, and possibly death.

The DEA also points out that excessive and long-term ecstasy use eventually damages the brain’s ability to release serotonin, which is one of the neurotransmitters responsible for pleasure. So people might continue to take more of this and other drugs to achieve the same high they once experienced—and so begins the cycle of addiction.

So this is just one example of how a club drug poses a serious risk. Keep in mind that each version is manufactured differently with both naturally-sourced and toxic chemicals. American Family Physician states that toxicological screening isn’t generally available for these substances, and practitioners are advised to assume “polydrug use with actual substance and dose unknown” when treating club drug overdose patients.

While there’s really no such thing as an addictive personality, scientists have proof that a combination of factors contribute to addiction, whether to club drugs, alcohol, or other substances.

This is why the board-certified professionals at Twin Lakes treat the whole person, not just the condition, with an individualized plan for effective recovery.

More importantly, our team of experts provides clients with the right tools for long-lasting wellness. If you or someone you love needs help, contact our admissions staff any time, day or night, to learn more.

Looking for drug rehabs near Forest Park, Georgia? To learn more about our detox and treatment programs at Twin Lakes, please use the convenient contact form.