Georgia Overdose and Naloxone Laws: What You Need to Know 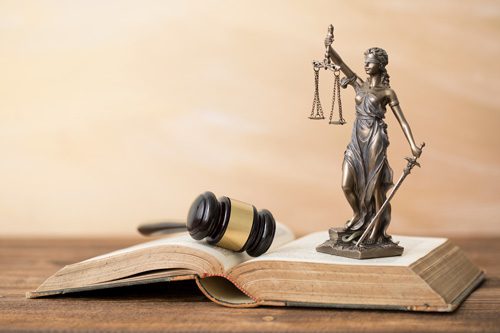 In Georgia, reports of opioid and heroin overdose deaths continue at rates higher than the national average.

In 2015, the most recent statistics collected indicated 29 counties in Georgia had more opioid-related overdoses than the rest of America. Of the more than 1,300 drug overdose (OD) deaths in the state, nearly 70 percent were the result of prescription opioids and heroin. In just 15 years, OD deaths tripled in Georgia.

The Georgia Prevention Project is a statewide awareness program that evolved from the Georgia Meth Project (GMP), established in 2010. Then, methamphetamine (meth) was an epidemic throughout the state and other areas of the U.S. The coalition aimed to reduce use with a targeted prevention awareness campaign for teens and young adults.

In many ways, the effort was successful. Reports indicate that now more than 85 percent of teens greatly disapprove of using meth, believing it to be dangerous to try just once. Nearly 80 percent said the anti-meth use ads issued by the GMP made them “less likely to try or use meth.”

Unfortunately, as recently as February 2018, the U.S. Drug Enforcement Administration is still struggling in Atlanta and other major Georgia cities to reduce the infiltration of meth labs and Mexican drug cartels.

Nevertheless, the Georgia Prevention Project is using similar awareness prevention methods regarding the current prescription drug and other illicit opiates crisis. Another division, the Substance Abuse Research Alliance (SARA), discovered abuse of prescription opiates and heroin is highest in predominantly rural counties with “limited access to substance use disorder treatment and/or medication-assisted treatment.”

According to the National Institute on Drug Abuse, the medication naloxone works as an antagonist to opiates. This means it chemically binds to the illicit drugs to reverse and block their effects. It helps quickly restore proper respiratory function in someone who may be experiencing an overdose due to prescription pain medication, heroin, or other opiates.

The Food and Drug Administration approved three formulations of naloxone:

Opiate overdose victims who receive naloxone in a timely manner are more likely to survive and less likely to experience long-term tissue or brain damage. The various forms of medication are often issued in packs of two in case another dose needs to be administered right away.

Unfortunately, even a second dosage may not be enough to save someone’s life, especially if too much time passes between overdose symptoms and medical attention.

In April 2017, Georgia Governor Nathan Deal signed into law Bill 121, increasing accessibility of naloxone and in particular Narcan to residents at their local pharmacies. While it’s not available at all pharmacies yet, it’s one of the many measures designed to curb the opioid epidemic.

If you or someone you love struggles with opiates, our staff is ready to help provide access to long-term recovery, free from dependence on addictive chemicals and destructive behaviors.

To learn more about our detox and treatment programs at Twin Lakes, Atlanta painkiller addiction rehab, please use the convenient contact form.